Here my proposal to move from open access to open science, in the Open Access Week 2018: let’s publish the «source code» even if we are not software developers.

A simple way to interpret this big picture is through the idea of offering the source code. Among software developers, a program has two parts: 1) its source code, which allows modifications and in turn generates 2) the “executable”, which is the program running.

If we take the idea of source code to the example of a word processor, one could say that a pdf document is the “executable”, the result of the writing, and its source code is the word file that generated it. Those who have tried to modify a pdf will know that it is much easier to modify it if you have access to the Word file that produced it.

This is why I like to think that those who, besides opening the result of an investigation through open access, offer access to the “source code” of their research, are like the neighbour who puts flowers on his balcony: it helps to beautify the neighbourhood. It will help researchers in their field of knowledge have more to advance their research. 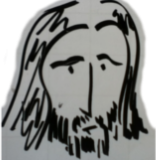 […] [The English version of this post is available here] […]